The Plastic-Waste Wave is part of the cultural-support program of the 2022 Canoeing World Championships in Augsburg. Get inspired by three artistic waves representative of the topics fast-fashion, plastic-pollution, and social inequality.

The Plastic-Waste Wave in front of Sankt Ursula

"For decades, we have been extracting increasing amounts of oil from the depths of our earth to ensure our cheap, comfortable lifestyle. This million-year-old oil calls to us, as we continuously let it stream into our world, to serve our plastic addiction.So far, we have managed to burn, bury or export our vast amounts of plastic-waste to other countries."

With these words Stefan Kaindl describes the inspiration behind his installation - an artistic installation of a plastic-tsunami that illustrates that we have a colossal plastic-waste. Stefan Kaindl is a trained electronics-engineer, computer science graduate. Creatively he fashions interactive, multimedia, as well as societally critical installations and art projects, mostly out of wood. He designed the Plastic-Waste Wave and built it in cooperation with students of the University of Applied Sciences and members of the Habitat Association.

CANOUANCES ON THE OCCASION OF THE CANOEING WORLDCHAMPIONSHIP 2022

The project consists of three waves: The Fast-Fashion Wave, The Plastic-Waste Wave by Stefan Kaindl and The Solidarity Wave. The CANOUANCES are located in Augsburg's old town during the Canoeing Worldchampionship from July 26 to 31. They were created in cooperation between the City of Augsburg, the Habitat Augsburg Association and the Augsburg University of Applied Sciences. Here on the Lifeguide, the project is accompanied by the Office for Sustainability Augsburg.

Waste-production of a family of three

The kinetic installation of a plastic-tsunami consists of five movable arms. About 100 kilograms of plastic-waste are wrapped around those arms. That roughly equals the amount of plastic-waste a family of three in Germany produces per year.

For Stefan Kaindl it is particularly important to note, that he did not only use very obvious, everyday waste for the installation. The artist included a lot of the kind of plastic-waste us consumers don't even notice. For example big packaging-foils or endlessly long asparagus-foils that cover entire fields when growing asparagus. When shopping at the supermarket we are often not even aware of the amounts of plastic that stand behind the products.

This artistic installation of a plastic-tsunami illustrates that we have a colossal plastic-waste issue. Especially problematic is that a substantial amount of this accumulating waste ends up in our water. 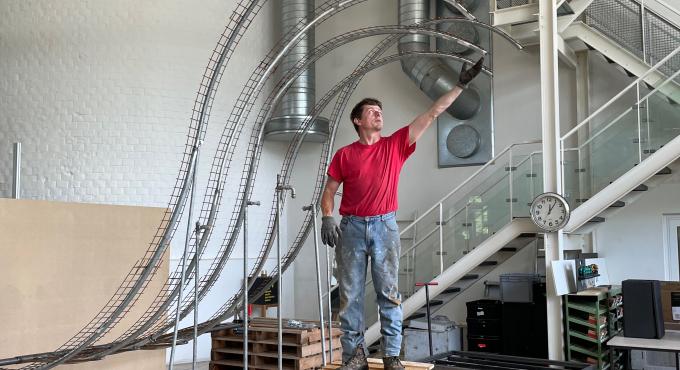 Plastic in the Oceans

About 75% of trash found in the ocean is plastic. An estimated 4.8 to 12.7 tons of new plastic waste join these numbers annually. Only a small fraction of this pollution floats on the surface; the much larger portion sinks into deeper waters and eventually reaches the ocean floor. Approximations put the amount of plastic on ocean floors to be at around 80 tons, with up to 18 thousand plastic particles per square kilometer floating on the surface. Many of these particles are barely visible, if at all, as plastic does not decompose, but breaks down into increasingly smaller elements. This happens, for example, during the wearing-down of tires or the washing of clothes that contain plastic fibers. Additionally, many microplastics come from detergents, cleaning products, and cosmetic goods such as exfoliants.

Too much existing plastic On the one hand, our careless plastic-habits are a primary cause of water-pollution, especially single-use products. On the other hand, many countries, especially those in the global south, simply lack the infrastructure needed to collect and properly process plastics. Many people are therefore unable to dispose of their waste properly. Tourists, who travel to these regions, are confronted with the same problem and therefore contribute to the high level of junk in the oceans.

How about our contribution?

In many places in nature, food packaging and plastic bottles are commonly found at the wayside. They end up there, because of people who are unaware, or simply do not care about the consequences of how they handle their litter. Drivers who toss their trash out the window, or those that are too impatient to find a trashcan nearby an instead throw plastic into nature, are all-too common nowadays. Eventually, this garbage ends up in our water. The wind pushes it into a nearby stream, and from there it makes its way into the sea.

To use Augsburg’s sewage treatment plant as an example: in dry weather, 120,000 cubic meters of wastewater flow through the plant daily. This amount would effectively fill the Town Hall Square with water up to the level of the building’s highest balcony. The wastewater treatment plant removes 600 to 700 tons of waste from the sewage yearly. Large scales of plastic are not the problem. Although tampon packaging, cigarette butts, and nylon tights are among the items that arrive at the treatment plant, they can easily be filtered out. The problem is the invisible pollution in the water: micropollutants. Micropollutants are trace substances such as hormones, drug residue, heavy metals, but also microplastics. Although these trace substances are in the nanogram range, they add up when you consider that they enter the downstream waters every single day. This is because the Augsburg sewage treatment plant, like many other German plants, does not yet have a fourth treatment stage that could remove such micropollutants.

So, what are the definite dilemmas associated with plastic pollution? Plastic waste, which can be found in a wide variety of shapes and sizes in our water, means certain death for about 135,000 marine mammals, and a million seabirds every year – this doesn’t even include fish. These animals mistake small plastic particles for food, ingest them, and die as a result. Severe injuries or blockages of the gastrointestinal tract may occur, while many other affected animals experience a constant feeling of fullness, with no nutritious substance inside them to help them survive. Growth, mobility, as well as reproductive abilities may even subsequently experience restrictions and limitations. Animals often become entangled in the remains of old fishing nets or other plastic objects and endure an agonizing death. Coral reefs suffer similarly from pollution. The floating plastic pieces damage the reefs and thus the ecosystems of countless creatures.

In addition to these physical dangers, hazardous components in the plastics also pose a problem. Released during the decomposition process, they enter the food chain of aquatic life, which, in the long term, affects the genetic material, as well as the hormone balance of the animals.

Through the consumption of fish, the pollutants and microparticles inevitably end up in our food, and thus the human body. Although the exact consequences of this have yet to be sufficiently examined, the World Health Organization (WHO) already warns of the tiny plastic particles that can linger unnoticed in the body and cause organ inflammation. 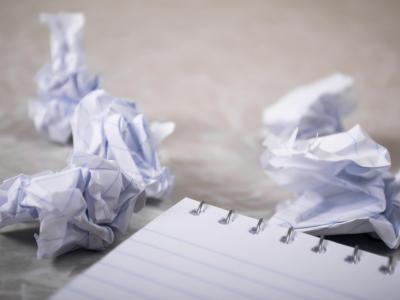 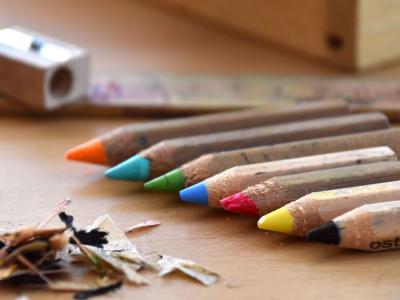 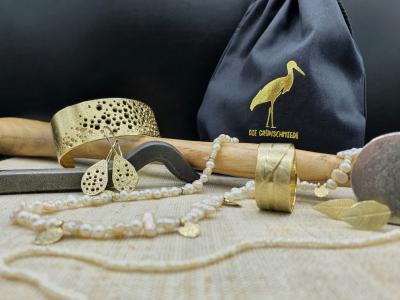 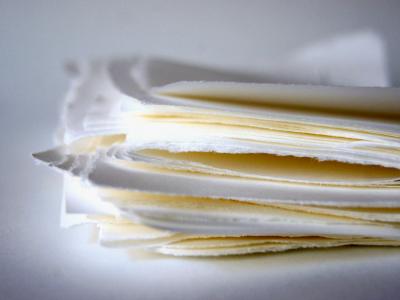 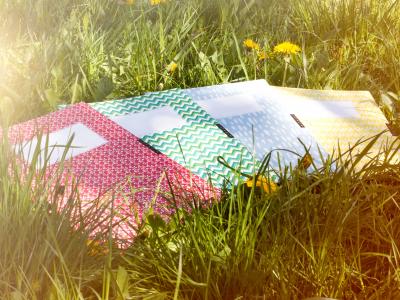 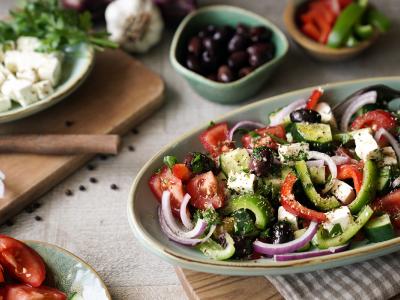